Way back during the Civil Rights Movement, when the South was being dominated by vehement masses fueled by racism and a desire for segregation, Atlanta was deemed “The City Too Busy To Hate”. Surrounded by a backwards mentality, the city was noted for standing above it all, putting progression, innovation, and tolerability first. And it’s the same fast-paced, momentum-driven mindset that exists in Young Thug fifty years later. He’s an artist, hailed for his ability to take the trap sound Atlanta’s been toying with for the last few years and transform it into a sometimes ironic, sometimes genuine take on hip-hop, painting the scene in vibrant unconventionalities. But with Slime Season 3, the conclusion to his two-year series, he’s shown the same pattern of indiscernibility and a lacking quality control that’s made Future’s recent output feel so forgettable. END_OF_DOCUMENT_TOKEN_TO_BE_REPLACED

For most of this decade, Tim Hecker has been tinkering with his established sound. 2011’s Ravedeath, 1972 illustrated a much more textured and expansive release, with celestial production endlessly escalating. 2013’s Virgins furthered the noisiness and claustrophobia with rattling percussion vibrating inside tombs of sound. And with Love Streams, Hecker seems to be attempting to fine-tune the elements that made his 2010’s effort so immaculate. END_OF_DOCUMENT_TOKEN_TO_BE_REPLACED 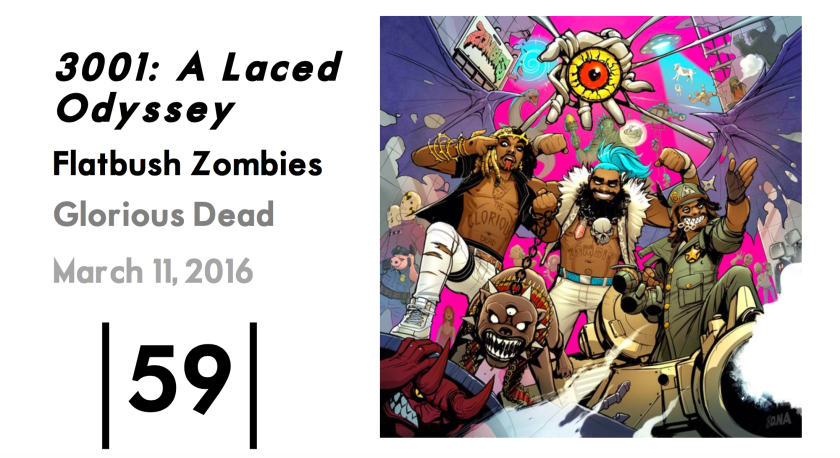 In 2012, a New York’s rap scene suddenly became cool. Previously, it largely consisted of rap heavyweights past their prime, like Talib Kweli and Nas, as well as MCs who haven’t done anything especially notable since after 2006, like N.O.R.E. and Joe Budden. However with The Underachiever’s Indigoism, Joey Bada$$’s mixtape 1999, Action Bronson’s Blue Chips, Capital STEEZ’s Amerikkkan Korruption, A$AP Rocky’s LiveLoveA$AP and Flatbush Zombies’ D.R.U.G.S, the New York hip hop scene was rejuvenated ,as well as diversified. With D.R.U.G.S., the Flatbush Zombies cemented themselves in the Beast Coast movement, consisting of fellow collective Pro Era and The Underachievers, as well as other minor players. Last year Joey Bada$$ and Action Bronson released their first studio albums with mixed results, B4.DA.$$ maintaining Joey’s consistency, while Mr. Wonderful fell significantly shorter. Flatbush Zombies make their full-length album debut with 3001, solidifying the trend of Beast Coast members showing huge potential with their mixtapes, only to miss the mark when things get official. END_OF_DOCUMENT_TOKEN_TO_BE_REPLACED