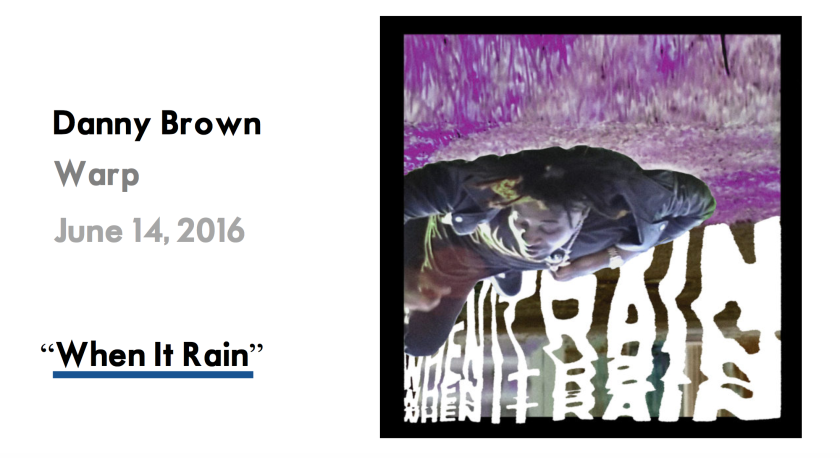 Has there been an artist who combines the pre-post-apocalyptic nature of Detroit with the bygone musical influences that the indie kids of the 2000’s loved to say they loved? The answer is an unmistakable “yes”; his name is Danny Brown, and he’s the most unique voice of hip-hop of the 2010’s. In terms of his lyrical prowess, love show escapades, and persona, he checks every box that makes him marketable to the mainstream. But in terms of purity, Danny Brown has done everything in his power to carve his own lane without losing an ounce of oneness with his identity. Let’s be honest, very few modern rappers (or even rock bands) claim to love Outkast as much as they love Joy Division, or Radiohead as much as they do Dizzee Rascal; but even fewer wear those influences as a part of their sonic identity. And for the past six years, Danny Brown has seemed to be struggling to fit every twisted idea into a context that makes sense to his audience. Yet after two albums with his trademarked tonal shift, one single has encapsulated the soul of his music.  END_OF_DOCUMENT_TOKEN_TO_BE_REPLACED 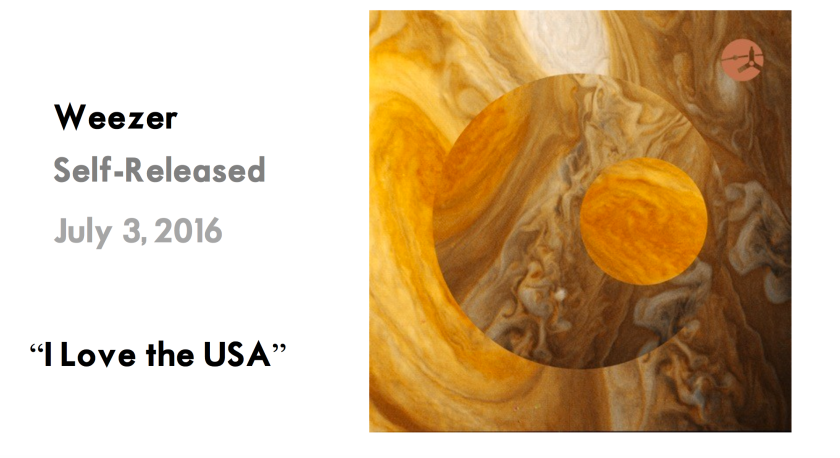 Leave it to Weezer to remind us of simplistic exaltation. Amidst all the chaos of 2016 (mass shootings, an increasingly vitriolic two-party system, an economy collapsing after a globally and seemingly hasty catastrophic decision), music like “I Love the USA” is a much needed breath of emotional clarity. Requested by NASA as part of a series of singles to commemorate the timeliness of their Juno Mission, Weezer’s standout addition is both patriotically sweet and thematically perennial.  END_OF_DOCUMENT_TOKEN_TO_BE_REPLACED

The Avalanches. MF DOOM. Danny Brown. These types of collaborations only feel like they can be born between the gossip of music fans. The talks over internet message boards, the discussions at lunch tables among students, the whispers between record store employees. But to actually have a tactile release of something that sounds like a dream song is surprising, especially when two of the three artists tend to value patience in their fans over releasing official music. And to be honest, I don’t know what’s more surprising: a new song released by the Avalanches or that the new song is as simple as it is. END_OF_DOCUMENT_TOKEN_TO_BE_REPLACED 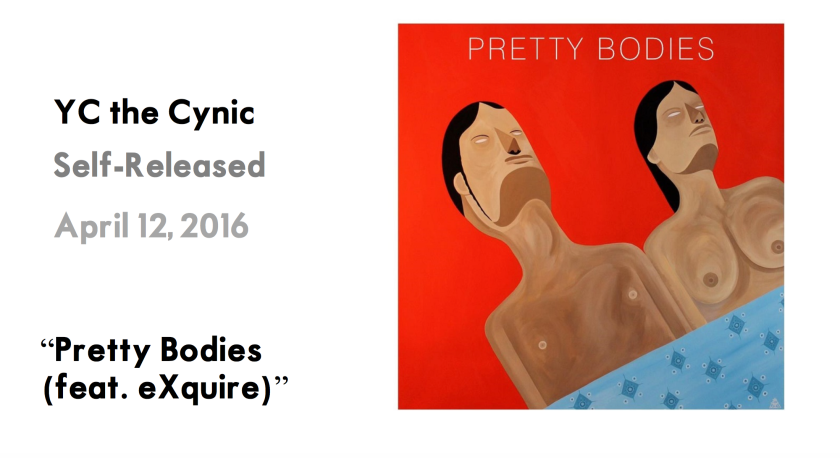 When it comes to fringe hip-hop, it doesn’t really get any more definitive than with YC the Cynic. 2013’s GNK was a perplexing delivery of genre-bending nostalgia trips warped by an anachronistic sound whose instrumentals would have fit snugly during a neo-Harlem Renaissance and whose lyrical content ranged from African royalty and heritage to modern American political turmoil. It was a deft display of musicianship, furthered by the fact that few discussed or considered it. And it’s fitting that YC’s sound can be classified as “Renaissance”-esque, especially now that we’re witnessing the death of YC the Cynic and the rebirth of his new identity, Kemba. END_OF_DOCUMENT_TOKEN_TO_BE_REPLACED 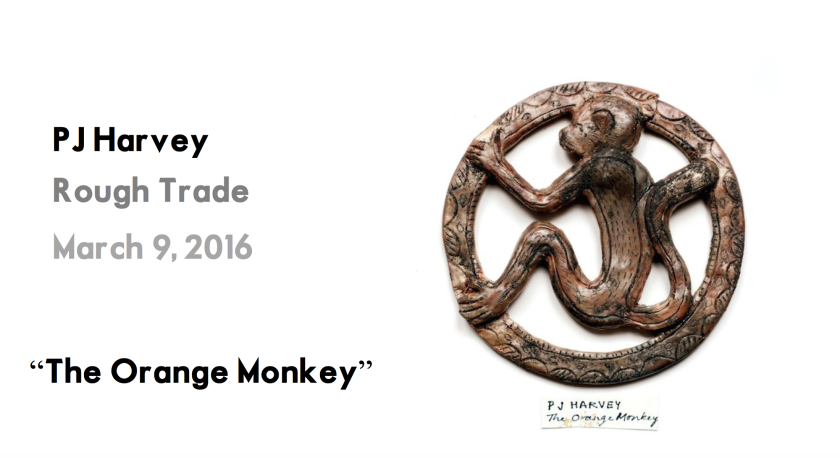 Following the release of “The Community of Hope”, PJ Harvey dropped “The Orange Monkey”, the third and final preview of what’s in store on her latest The Hope Six Demolition Project, which is officially released tomorrow. Harvey’s latest album is said to be her most politically-charged yet, having visited destinations that were foreign to her and jotting down anything she noticed, focusing on historical and modern disorder and the errors of societies, barring cultural divisions while still accenting their differences. “The Community of Hope”, an obvious jab at Washington, D.C., is much more clearly “political” than “The Orange Monkey”, whose lyricism feels comparatively self-aware in regards to being a piece of music on a world-tour album. END_OF_DOCUMENT_TOKEN_TO_BE_REPLACED