2012 feels like eons ago. The west coast renaissance was in full effect, and the personalities of Top Dawg Entertainment were distinct to an almost exaggerated level. The conspiracy theorist Ab-Soul, the hard-nosed Jay Rock, and the wise poeticism of Kendrick Lamar. They filled their niche potent effects, but there was always one rapper that felt beyond simple characterizations. ScHoolboy Q was a conflicted man from the start; Habits and Contradictions highlighted the distinct duality, Oxymoron blurred those lines. Now with the first single from his upcoming 2016 album, ScHoolboy Q is linking his identities with “Groovy Tony”, a song that stands as one ofhis best in his ten year career. END_OF_DOCUMENT_TOKEN_TO_BE_REPLACED 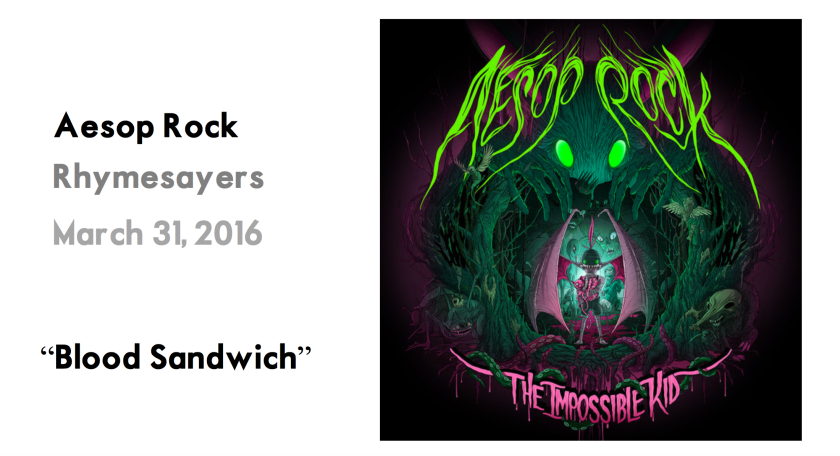 Isolation was a core theme on Aesop Rock’s last album, Skelethon. He had left his home environment of New York City and moved to San Francisco. Now Aesop has moved again and is currently residing in the middle of the forest, in Portland. In a barn. during a four part video series, the rapper undergoes psychiatry at the hands of an animated bear. During these sessions, Aesop Rock discusses a social rut he’s experienced resulting from both moving from his home city, as well as being too comfortable in a mundane routine, leading to the communication breakdown of both his friends and family. END_OF_DOCUMENT_TOKEN_TO_BE_REPLACED

For most of this decade, Tim Hecker has been tinkering with his established sound. 2011’s Ravedeath, 1972 illustrated a much more textured and expansive release, with celestial production endlessly escalating. 2013’s Virgins furthered the noisiness and claustrophobia with rattling percussion vibrating inside tombs of sound. And with Love Streams, Hecker seems to be attempting to fine-tune the elements that made his 2010’s effort so immaculate. END_OF_DOCUMENT_TOKEN_TO_BE_REPLACED 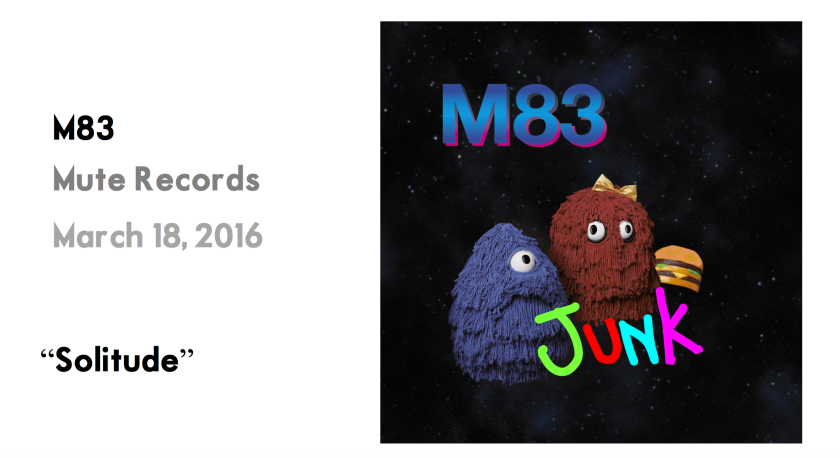 Anthony Gonzalez has followed an unusual directional growth as a musician, transforming his at once dream-like production into a more streamlined approach, sacrificing his unique style in doing so. The blend of shoegaze and electronica that was done so masterfully on Dead Cities, Read Seas, & Lost Ghosts has long been stripped away in favor of a squeaky clean, polished pop sound. Following his success after the infectious “Midnight City”, Gonzalez has understandably began focusing on the synth-pop approach to electronica a la Hurry Up, We’re Dreaming, which remains his least forward-thinking and safest release. Unfortunately for fans of what M83 used to be, it’s also by far his most popular. END_OF_DOCUMENT_TOKEN_TO_BE_REPLACED 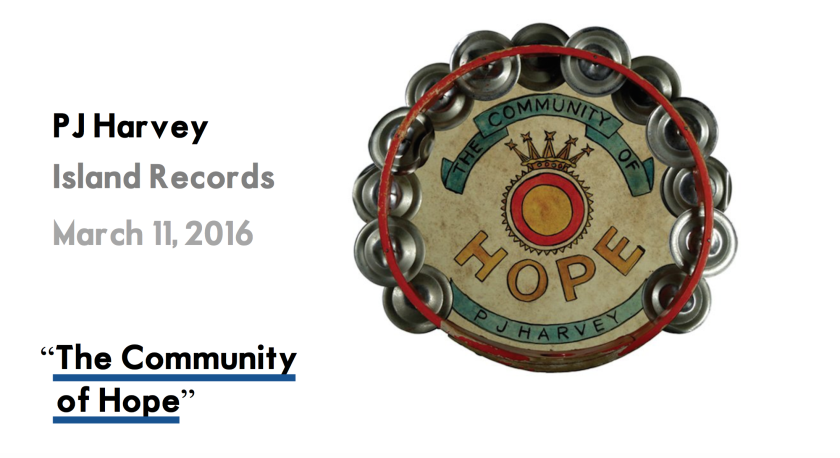 If in 2016, PJ Harvey and her immense body of work have somehow passed by your ears undetected, that’s okay. Unlike most modern indie-folk legends, Harvey does not rewrite the same niche record over and over to appease her audience, but rather she continuously puts out fresh, challenging material that has its own appeal and sound. So, with each album, Harvey presents a new audience of listeners with her haunting delivery and unique deposition. Although the tone might be far from the emotional breadth of her mainstream debut “To Bring You My Love”, PJ Harvey makes no exceptions to her standard of artistry with her new song “The Community of Hope”. This is the second single off Harvey’s upcoming ninth (!) studio album The Hope Demolition Project. Nothing about “Community of Hope” plays like an artist twenty years into her career, as its punk- level succinctness and fierce lyrics hit with such urgency, one might think it was an artist’s debut. The way in which all the layers on “The Community of Hope” play off each other, from the post-grunge distortion on Harvey’s guitar to the bouncy piano track and pocket drum beat, showcases Harvey’s biting, deliberate style just as well as her socially-conscious lyrics. END_OF_DOCUMENT_TOKEN_TO_BE_REPLACED